When Carlos R Pebaqué was forced to flee the military dictatorship in his home country of Uruguay, he came to Sweden. Because he had worked with glass for his entire life, including running the company “Tallado en cristall” for seven years, the Kingdom of Crystal soon became his new home.

Initially, he expanded his knowledge at the glass school in Orrefors. After that he worked with different glassmasters in the Kingdom of Crystal, opening his own blowing room in the tiny village of Gullaskruv in 1984. Carlos gave away his glass oven two years ago, but his gallery still remains in the village.

Carlos R Pebaqué enjoys working with the graal technique, and has also developed his own Cara technique that allows him to create pictures inside the glass. He now produces all of his art glass at Målerås Glassworks. And this cosmopolitan artist has had exhibitions in many parts of the world. 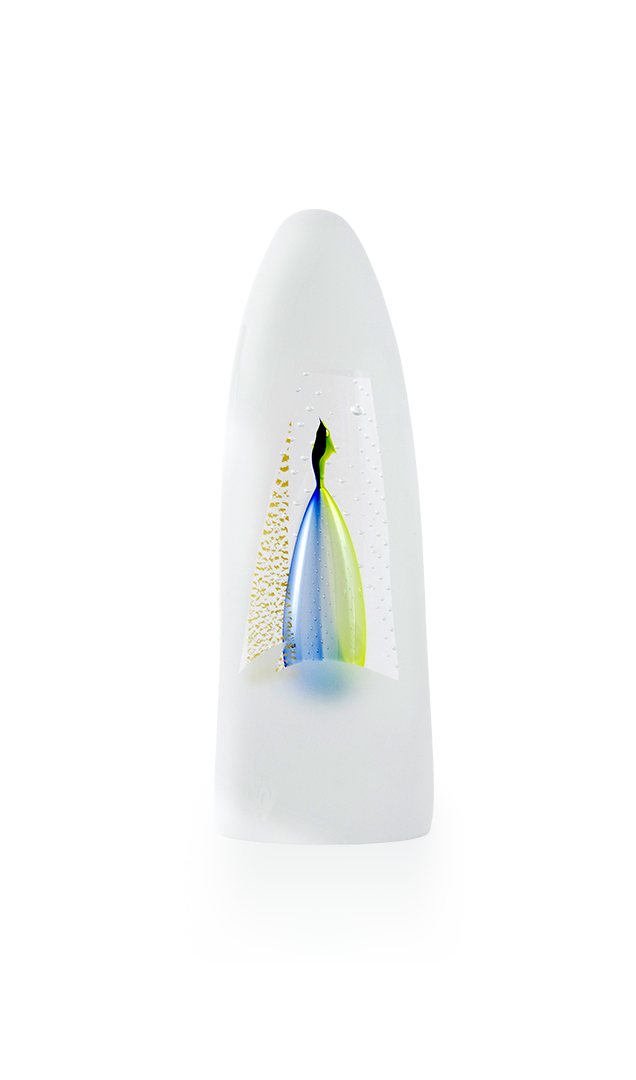 Carlos was inspired by his origins, using the 17th century Spanish spelling for “the ingenious gentleman from La Mancha” – the man who tilted at windmills – as depicted on this graal vase in Spanish colours.