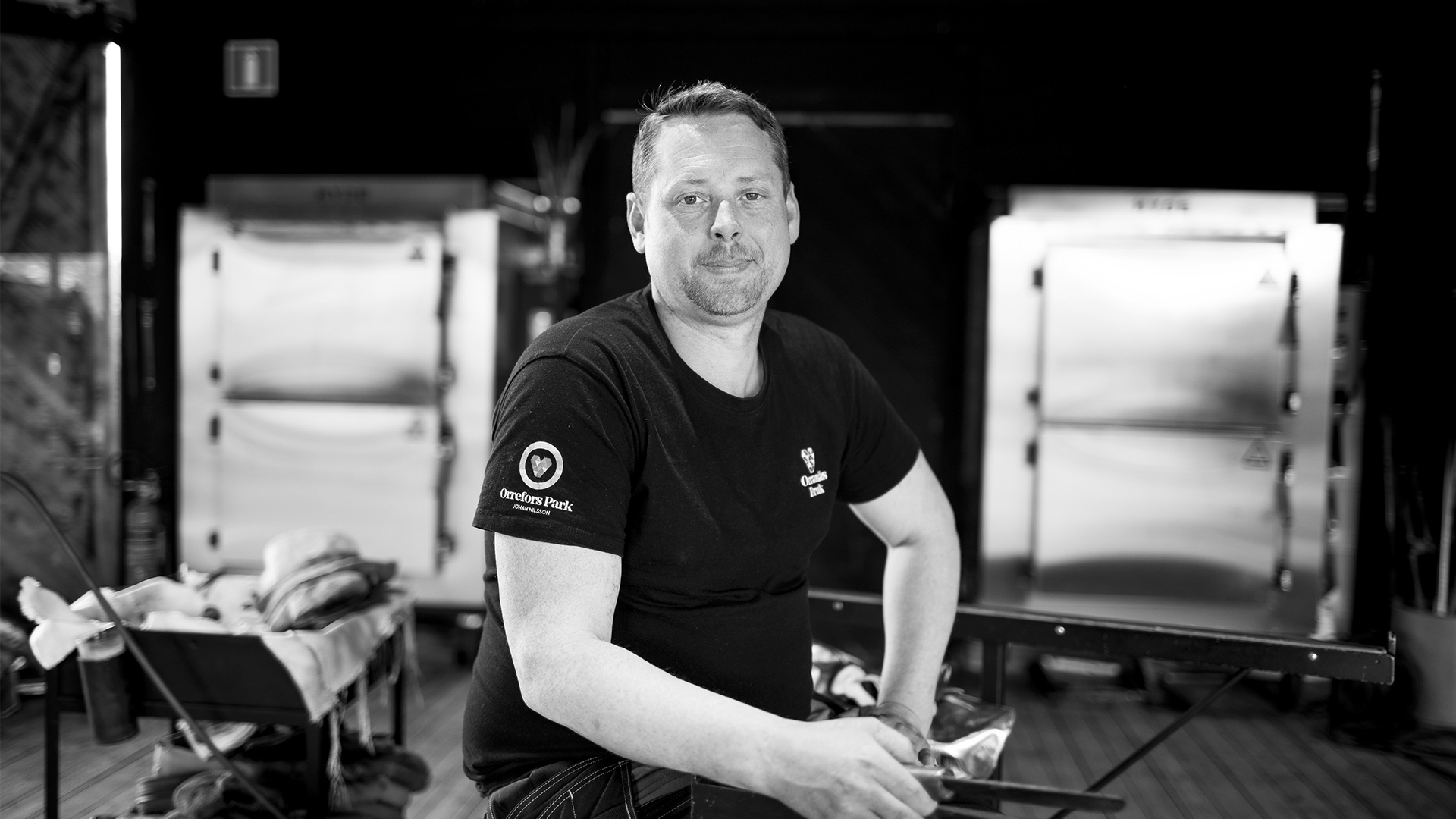 As is the case for many people with their roots in the Kingdom of Crystal, Johan has worked with glass his entire life, and has spent time at several different glassworks. Now he’s the master of Orranäs Glassworks in Orrefors, where he collaborates with the blowing room’s new creative manager, Amy Krüger.

Johan Nilsson takes his inspiration from wild animals and from hunting in the deep Småland forests. And he is happy to show off his skill in Orranäs’s octagonal blowing room, where visitors can see him in action.

Since time immemorial, the gracile, beautiful roe deer has made its home in Swedish forests – Johan Nilsson’s preferred source of inspiration. 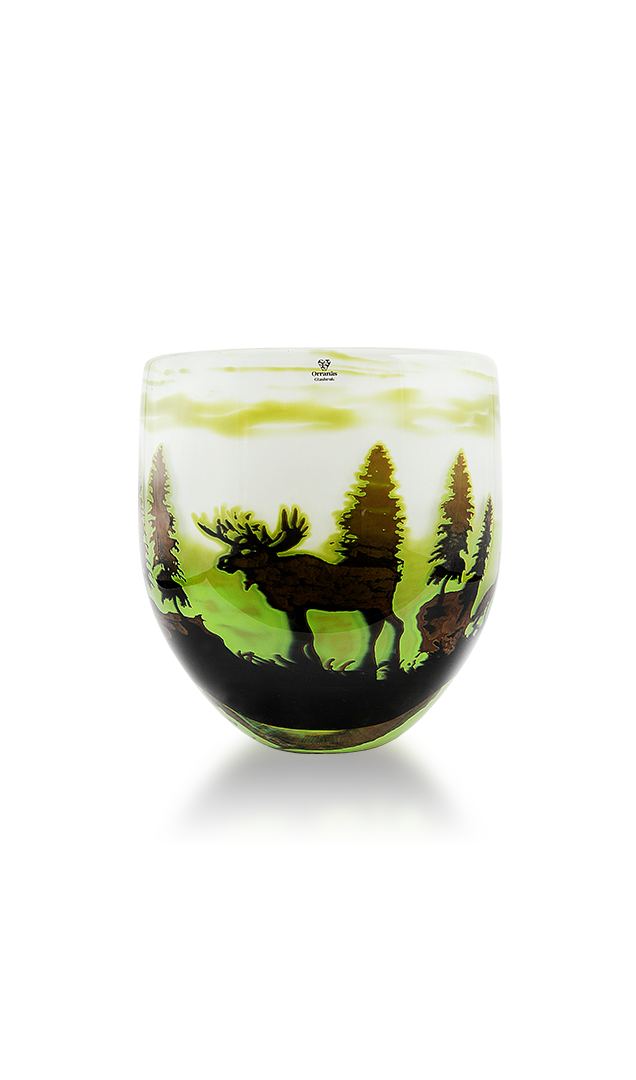 The king of the forest himself has given his name to this graal vase with its colours reminiscent of his kingdom in the Småland forests.