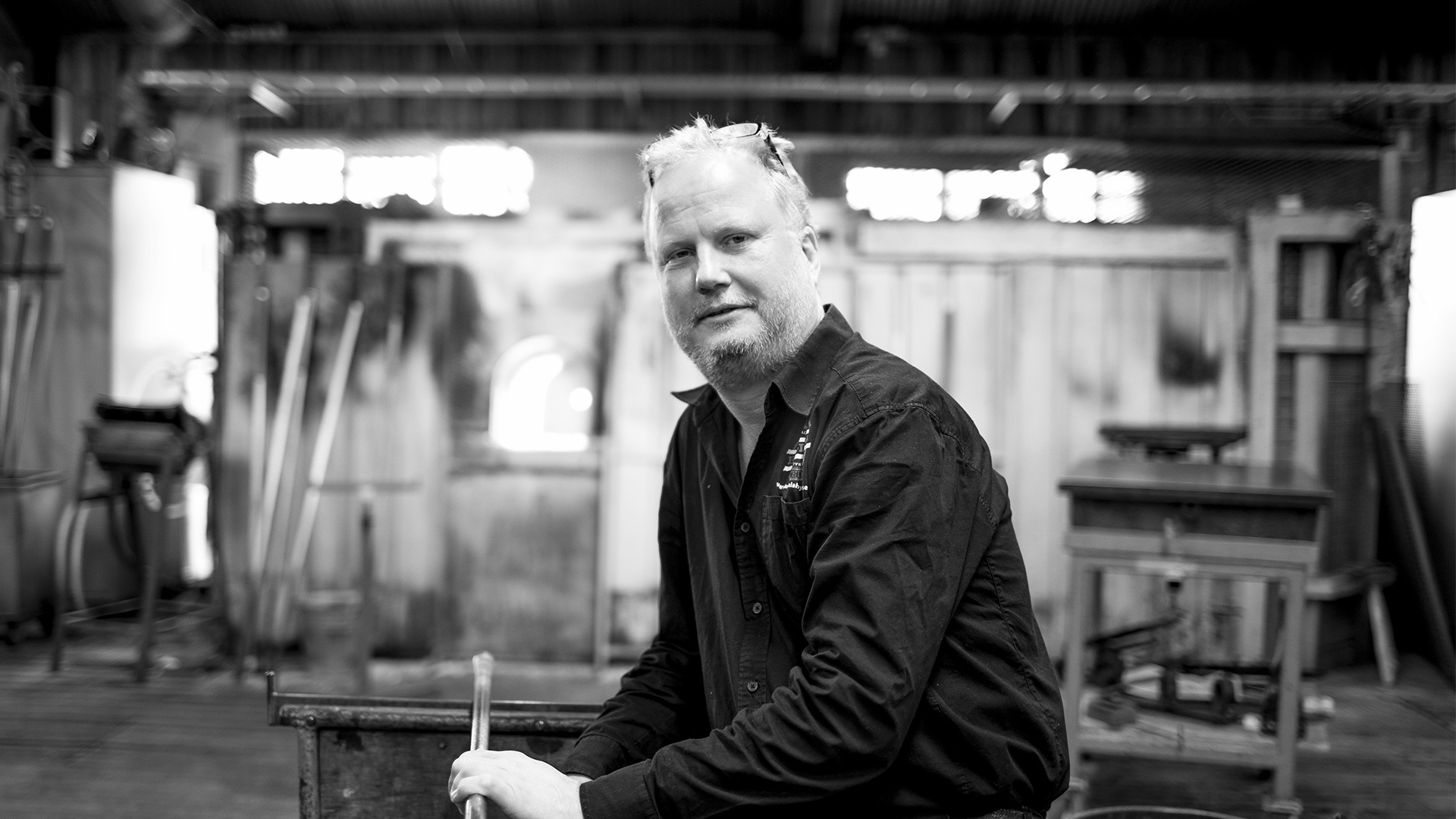 Magnus Carlsson started his career when he was just 12 years old. During the summer holidays and at weekends, he worked at Bergdala Glassworks. Four years later, in 1982, he began working there full time. After moving around to different glassworks over several years, he came back to Bergdala in 2008, closing the circle.

“In 1989 I was offered a job at Studioglas in Strömbergshyttan, which had been started two years earlier by three of Kosta’s most skilful masters. It wasn’t hard to accept the position! It also gave me the opportunity to work with many artists, both national and international.” When the business merged with Bergdala Glassworks in 2008, it relocated, and today Magnus is the master of the blowing room at Bergdala. One of his specialities is sports prizes and other awards, such as the TV award Kristallen and the Diamantbollen women’s football award. 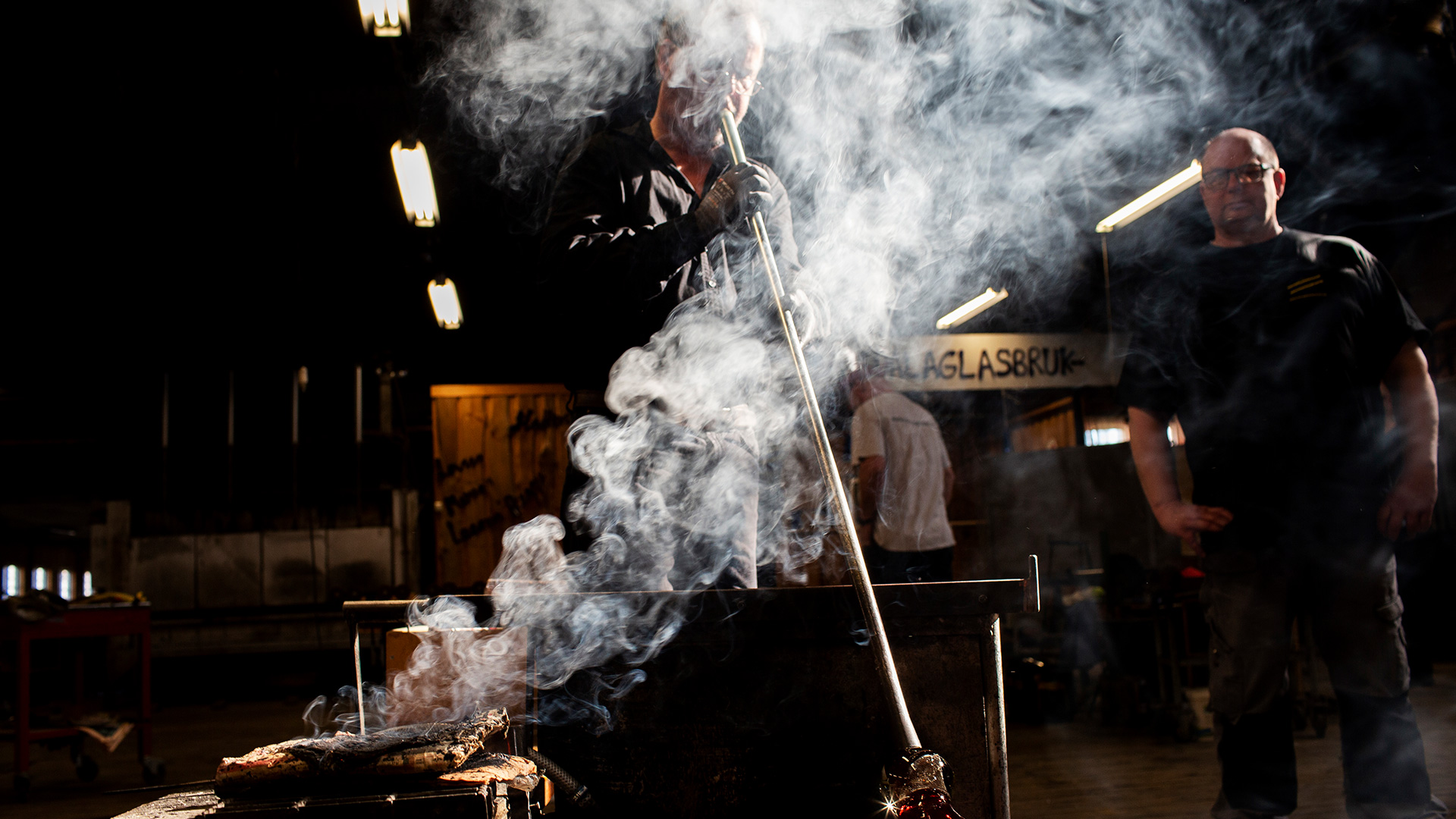 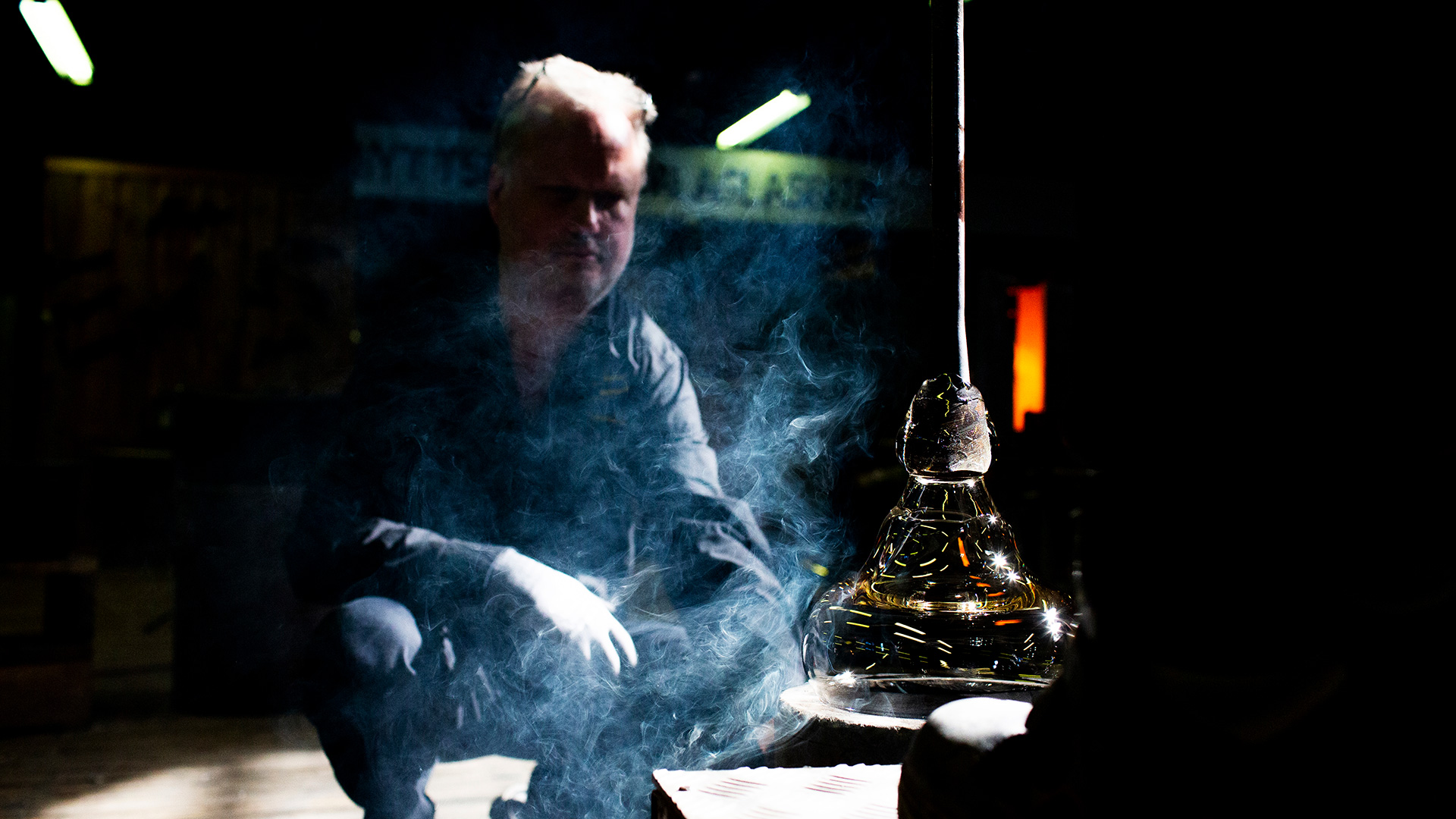 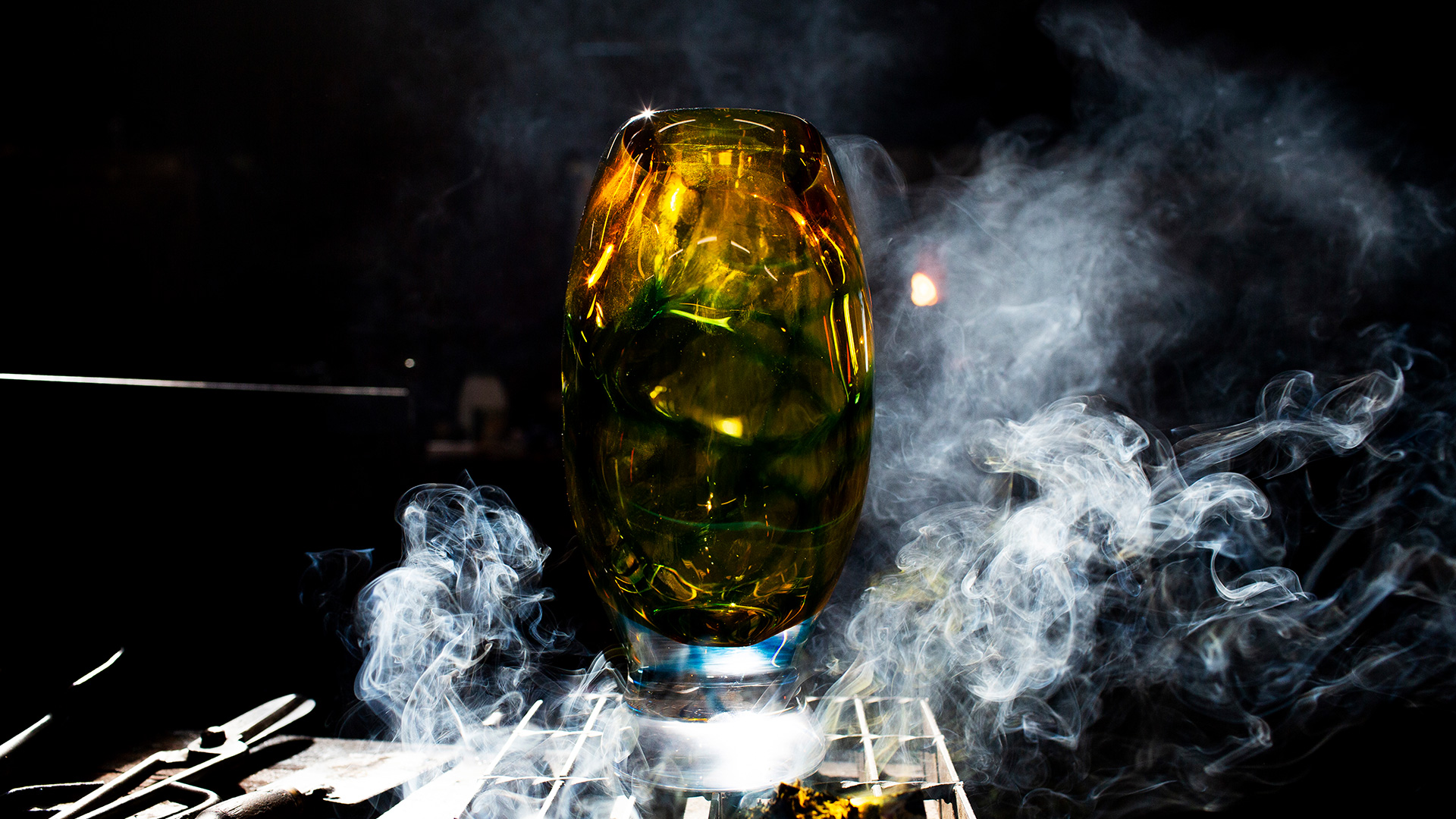 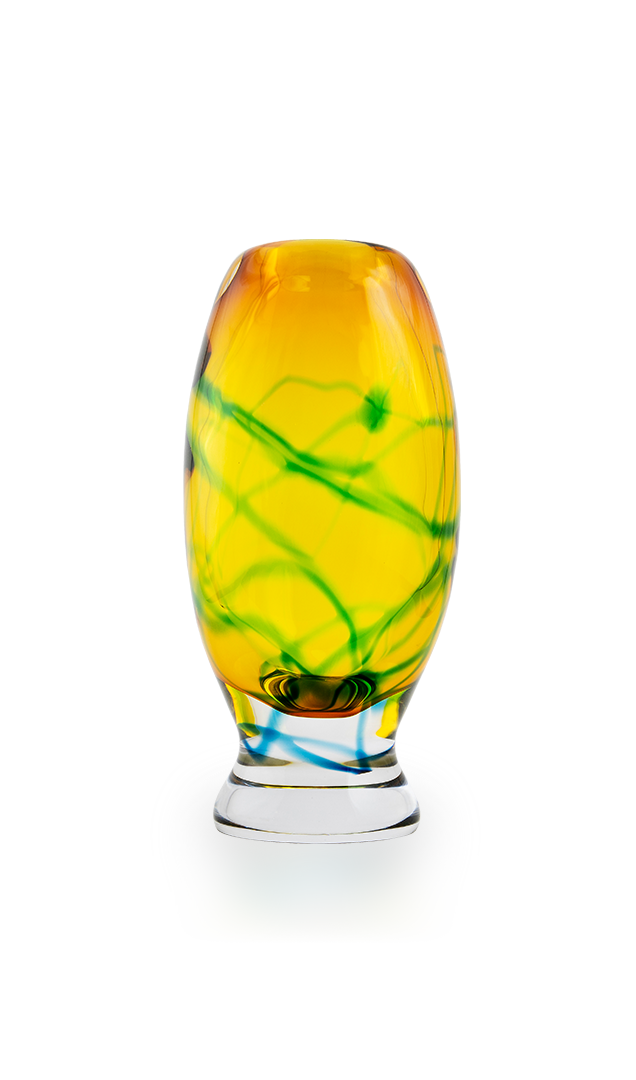 This piece takes its name from the natural beauty of amber, shimmering in the sunlight with tones of yellow, orange and brown.