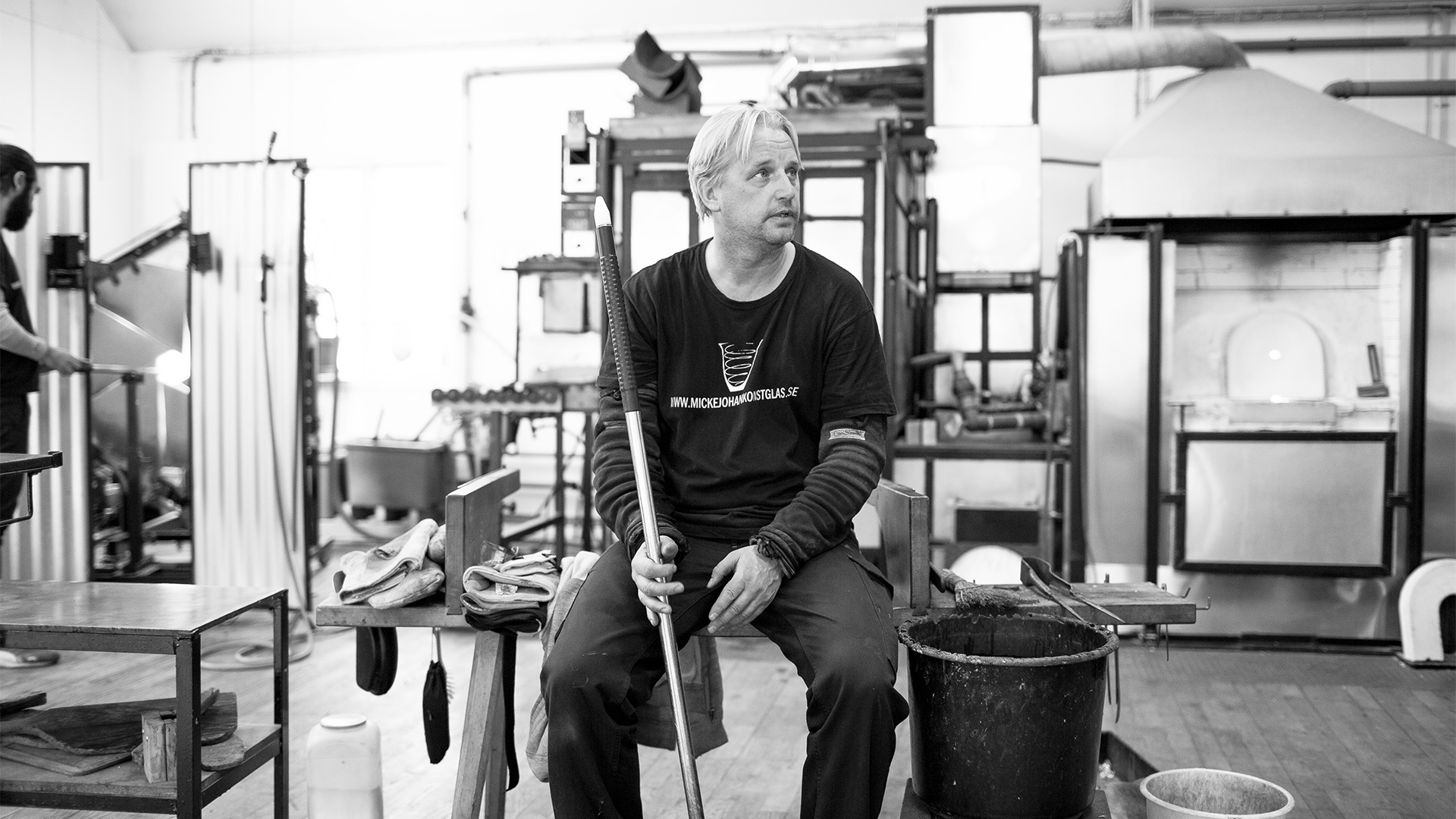 Micke Johansson should really be called “the master of the impossible”, because he’s the only person in the world who can perform certain techniques. In his own blowing room near Örsjö, he doesn’t merely create his own objects, but also helps other glass artists to realise their ideas.

Micke primarily works with ariel and graal, constantly developing and pushing the boundaries of these techniques. He is currently the only master glassblower in the world who can produce double ariel objects. And other than his mentor, he’s also the only person able to blow the thin, tall tulip glasses.

Even when Micke Johansson began working in the blowing room at Orrefors at the age of 16, his talent was already obvious, and he became a master glassblower at just 24. Today, his skill is world famous and he regularly demonstrates his abilities on the international stage. 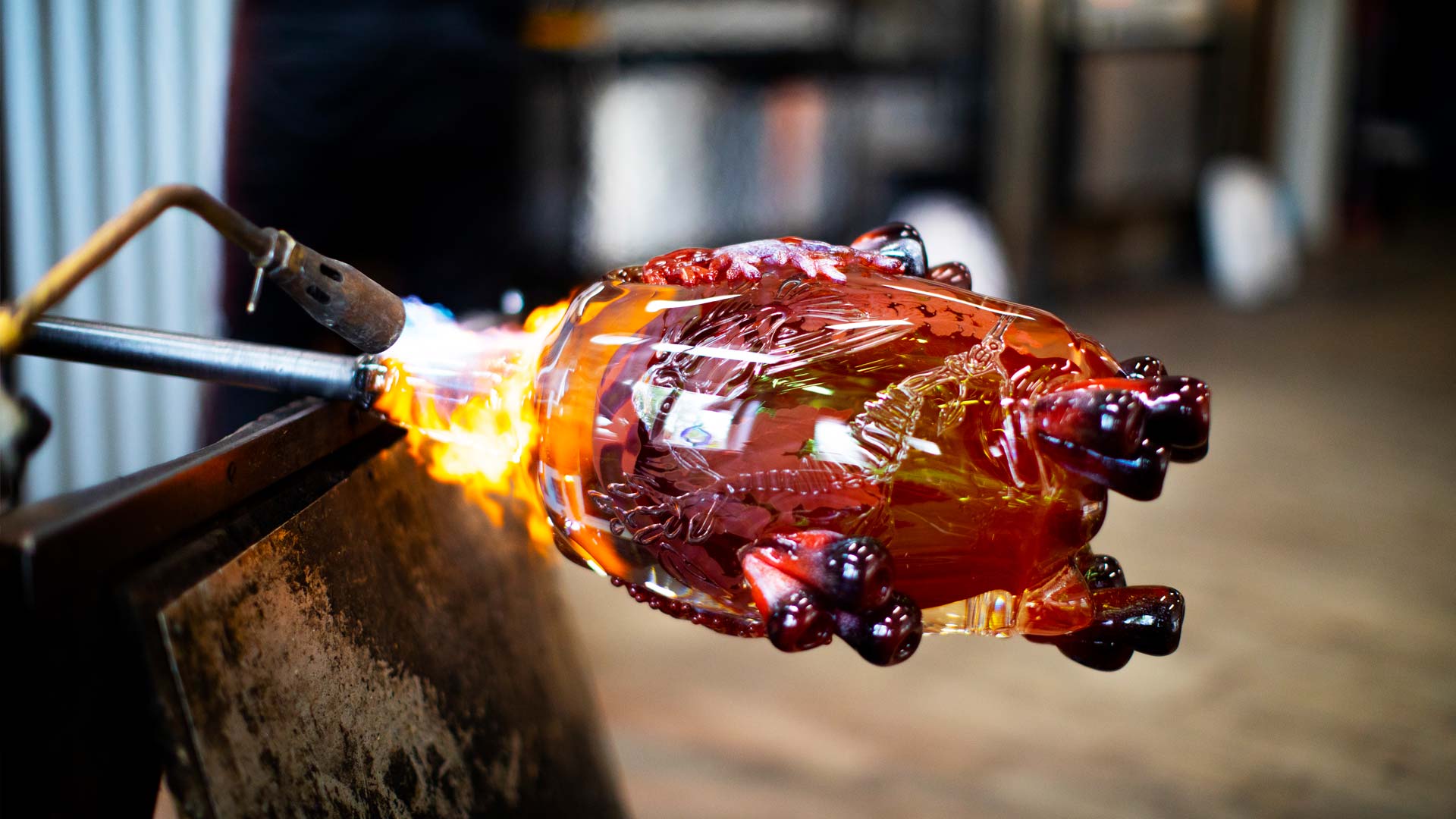 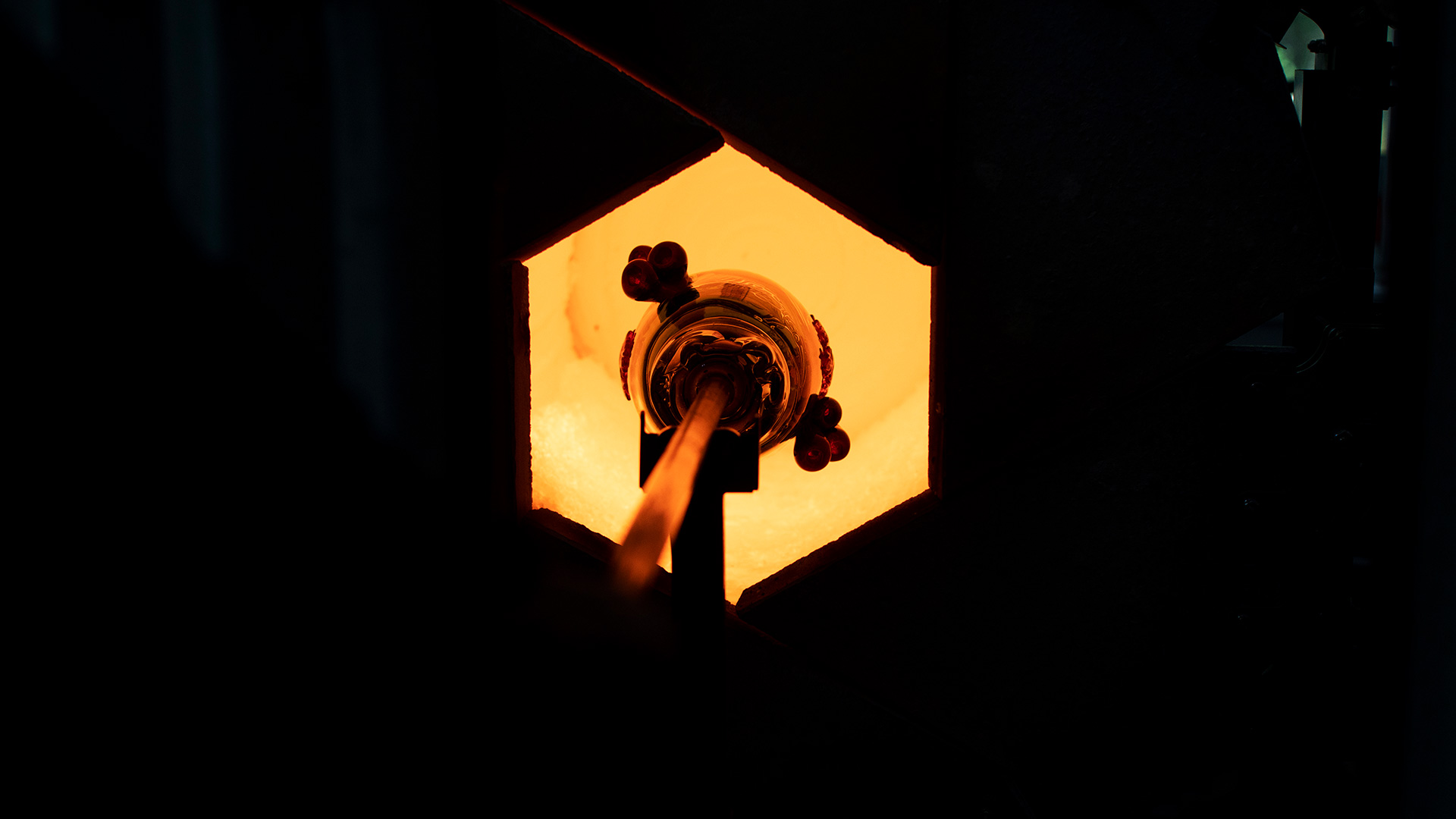 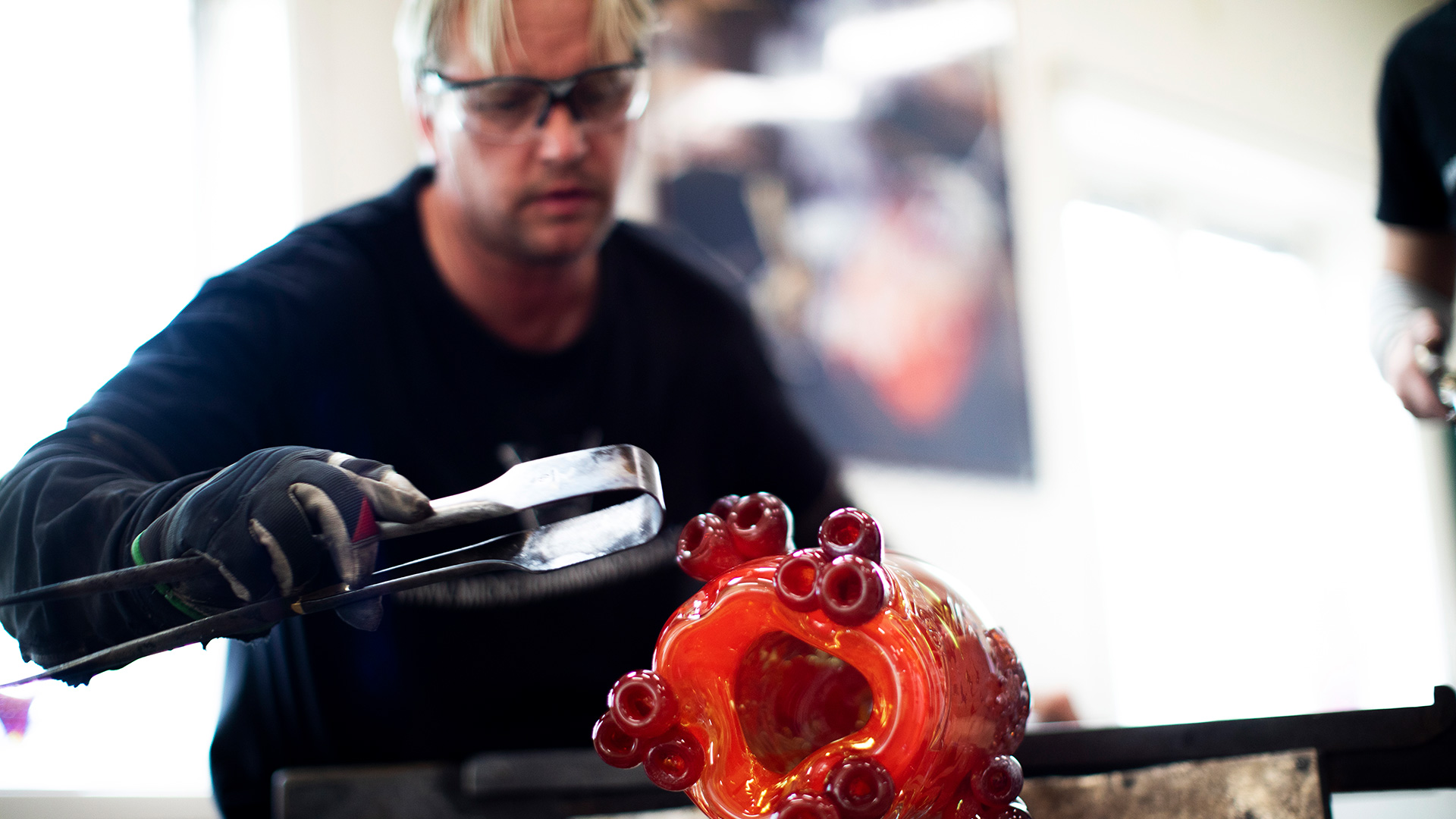 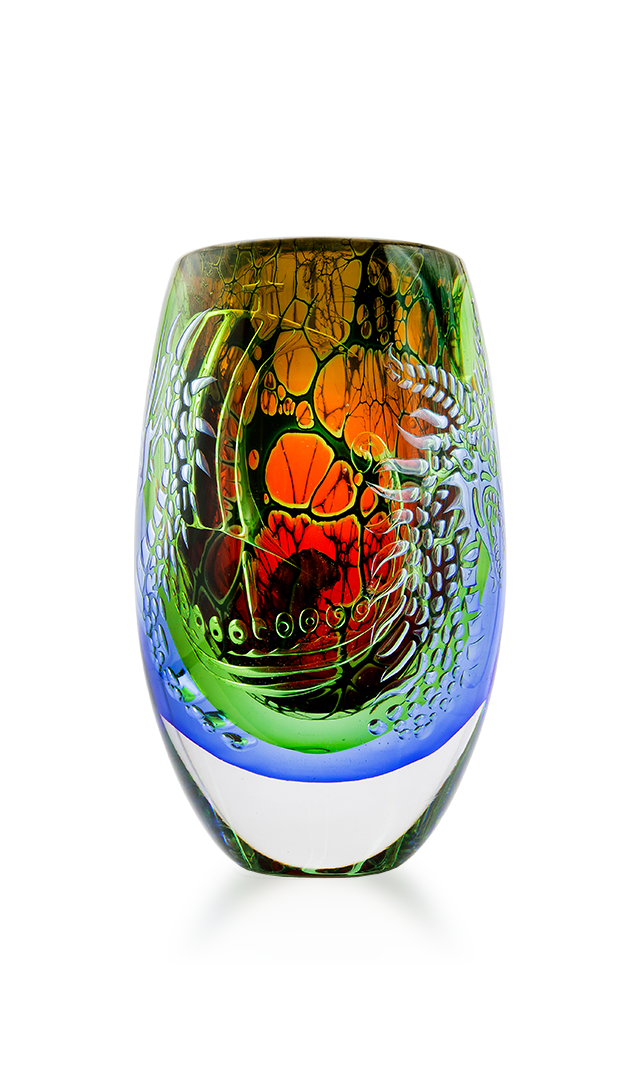 Master glassblower Micke Johansson thinks controlling the air inside the glass is both challenging and enjoyable. Here is one of his double ariels, inspired as so often by the sea.

This particular unique double ariel has been sold. If you are interested in a similar piece, please contact the artist. 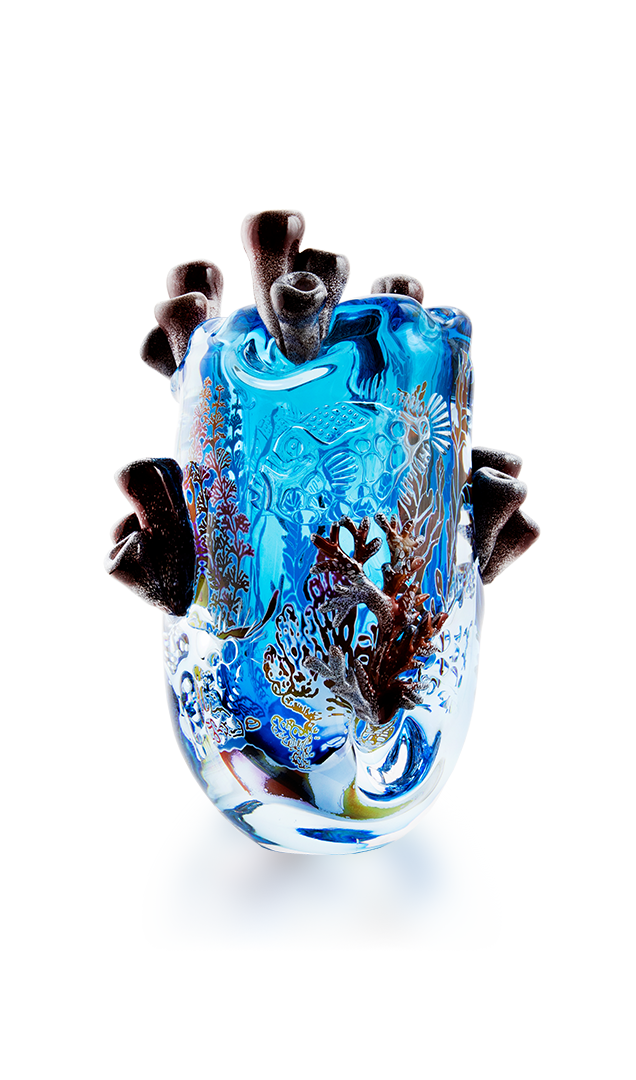 Micke Johansson is inspired by capturing the magic of air in glass. The results are reminiscent of water, and the details are borrowed from marine flora. On the outside are corals, and inside the 3D graariel is a humphead wrasse or Napoleon fish. The technique is Micke’s own, developed and combined from the classic Orrefors graal and ariel techniques.

Coral is a series that consists only of one-of-a-kind objects. This particular one has been sold, but please contact Micke Johansson if you are interested in a similar piece.