Målerås is the second largest glassworks and has a proud history. Today, Mats Jonasson is the principal owner of the glassworks. He’s also known for his unique works in which iron plays a major role. But he wasn’t the first member of the family to work at the glassworks. His grandfather Alfred worked here as a glass melter when he wasn’t on duty as a fireman on the railway line running between Målerås and Kosta. A steam locomotive outside the glassworks is a reminder of the many small railways that existed in the glassworks area.

A number of different blowing rooms have existed on this site since 1860. The current one was constructed from stone in 1917, and has since been rebuilt. The glassworks has also changed hands over the years, but 1 April 1981 was a unique day. That was the date on which the glassworks became employee-owned when Mats Jonasson, who was born and grew up in Målerås, brought together the villagers to save its glassworks. Today only art and decorative glass is manufactured here. Many glassblowers, designers and artists manufacture their glass at Målerås Glassworks, taking advantage of the range of technical skills to be found here. 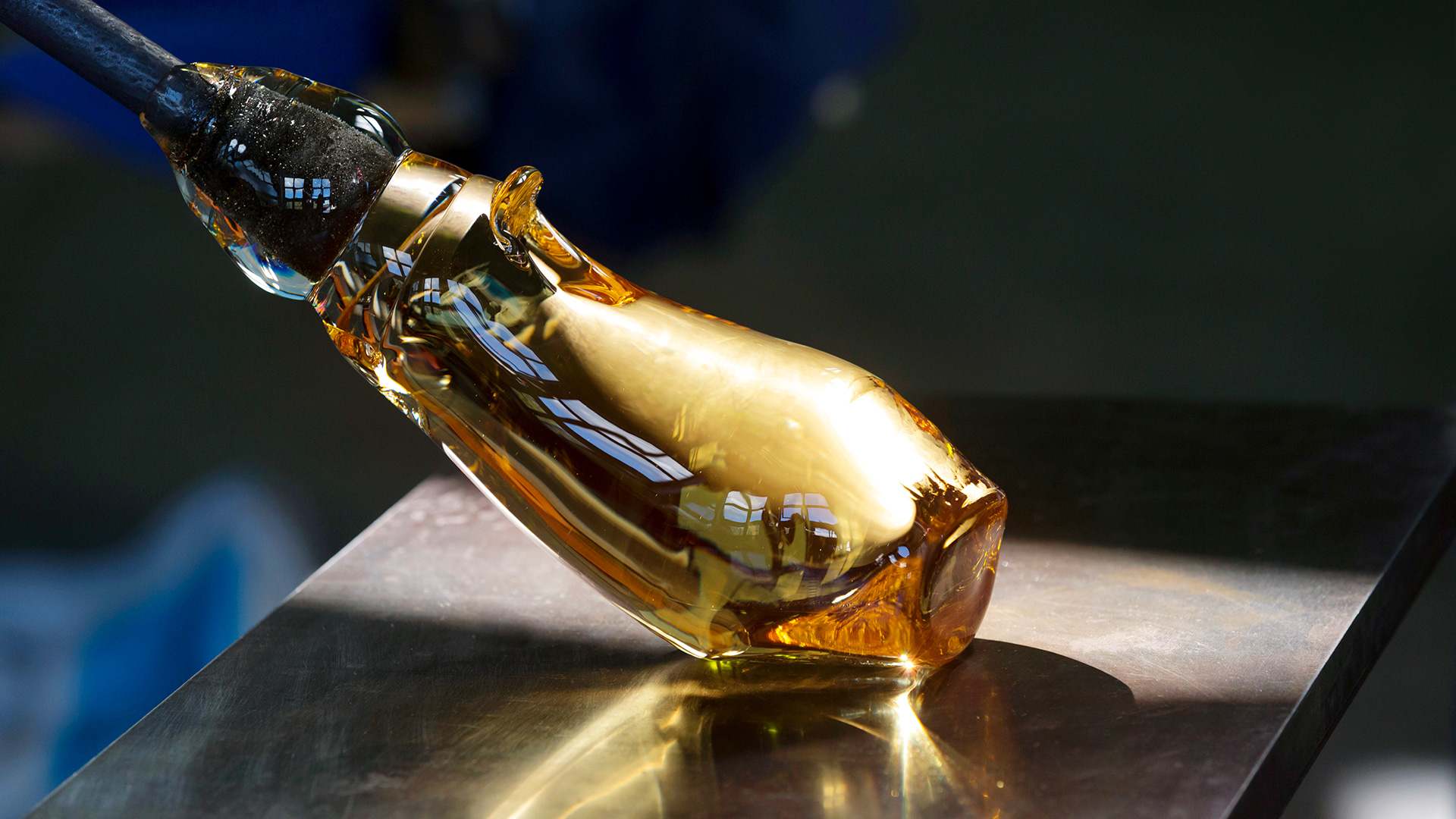 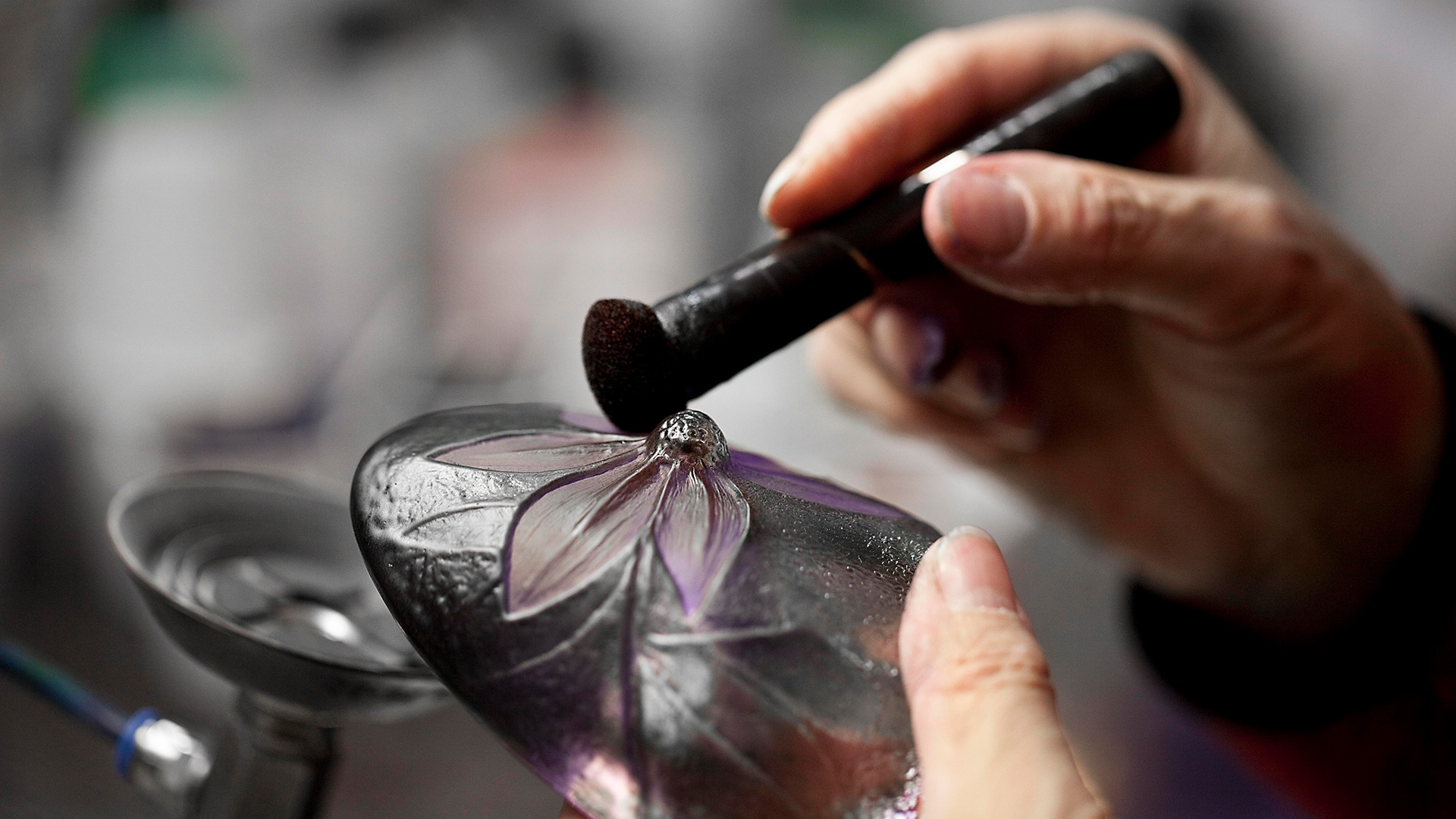 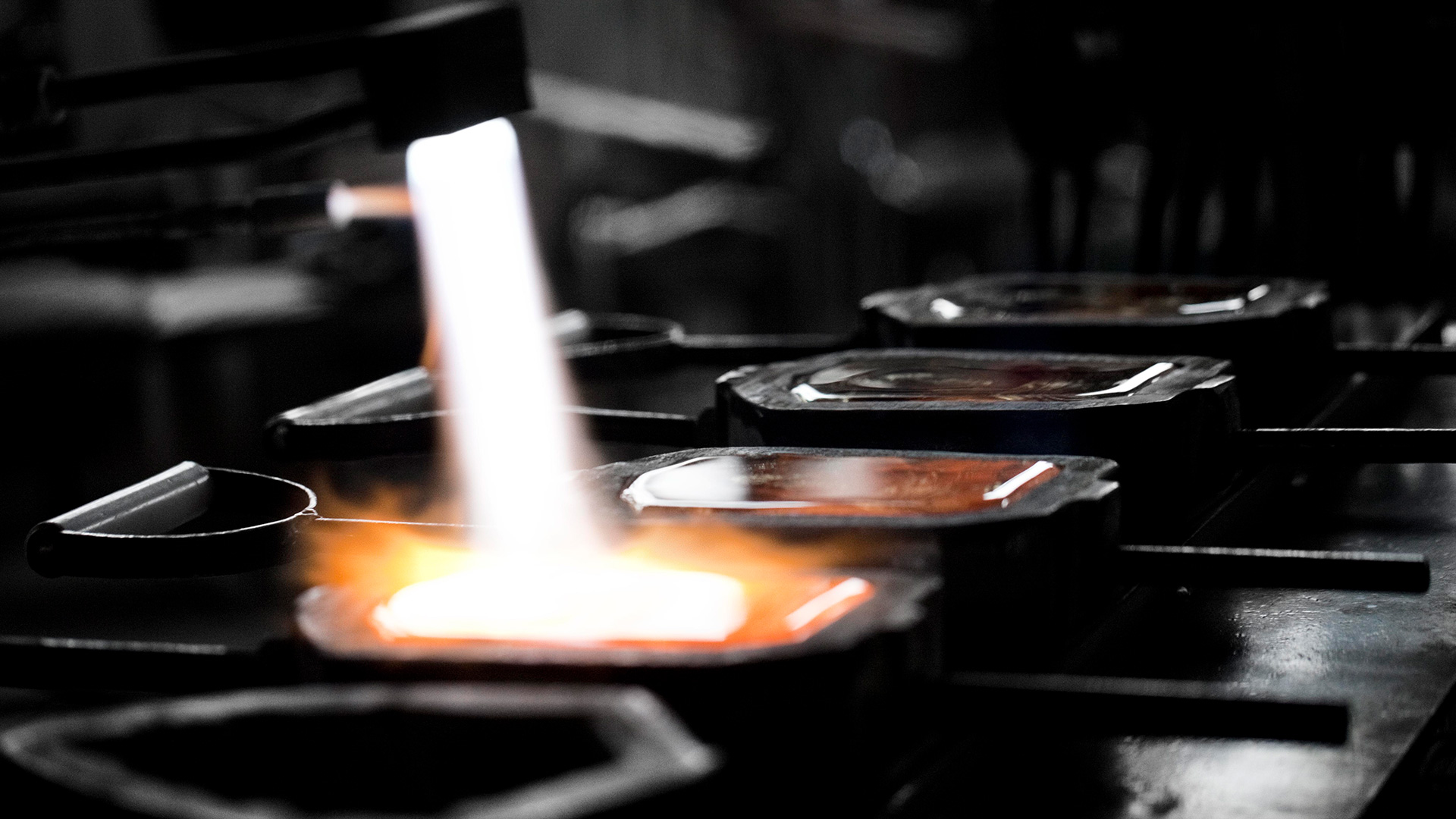 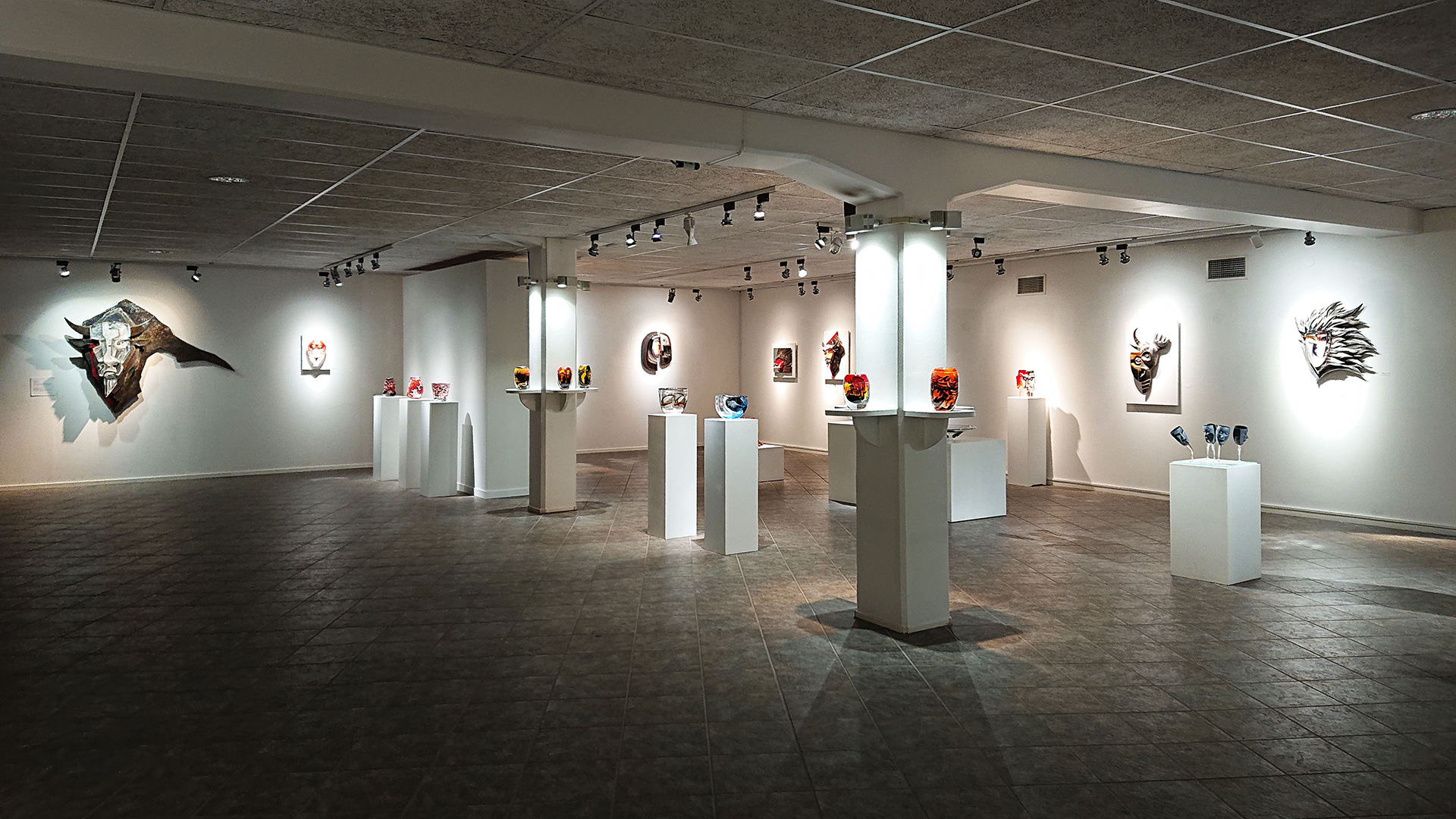 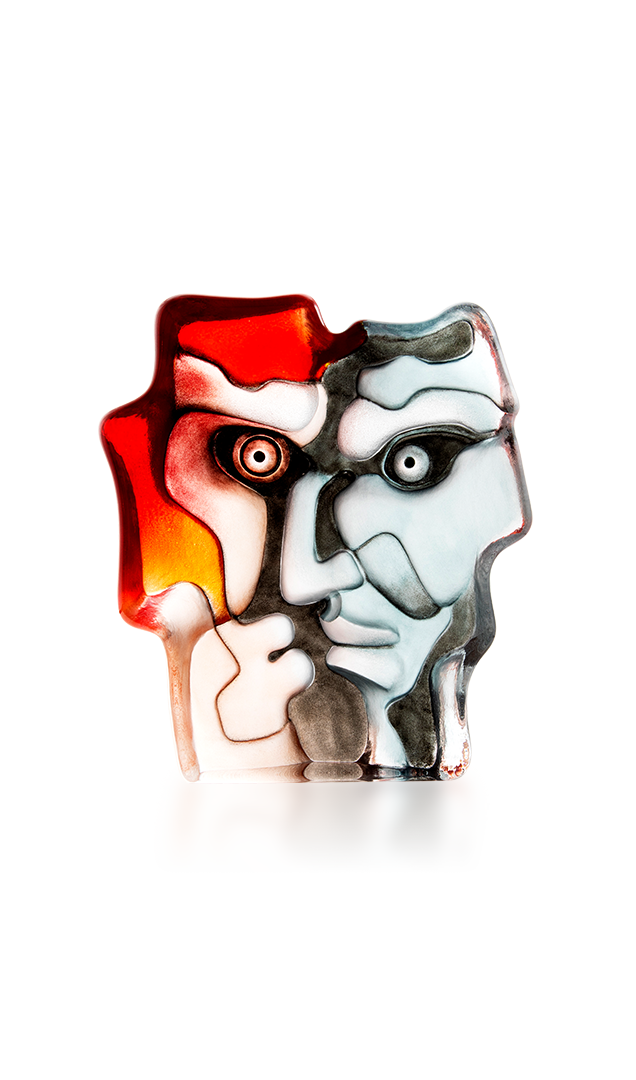 Cast, sandblasted, hand painted and engraved crystal block with face motif. To produce this artwork, 14 separate steps are required. For environmental reasons, it is painted with organic paints. Available in a limited edition of 49 copies. 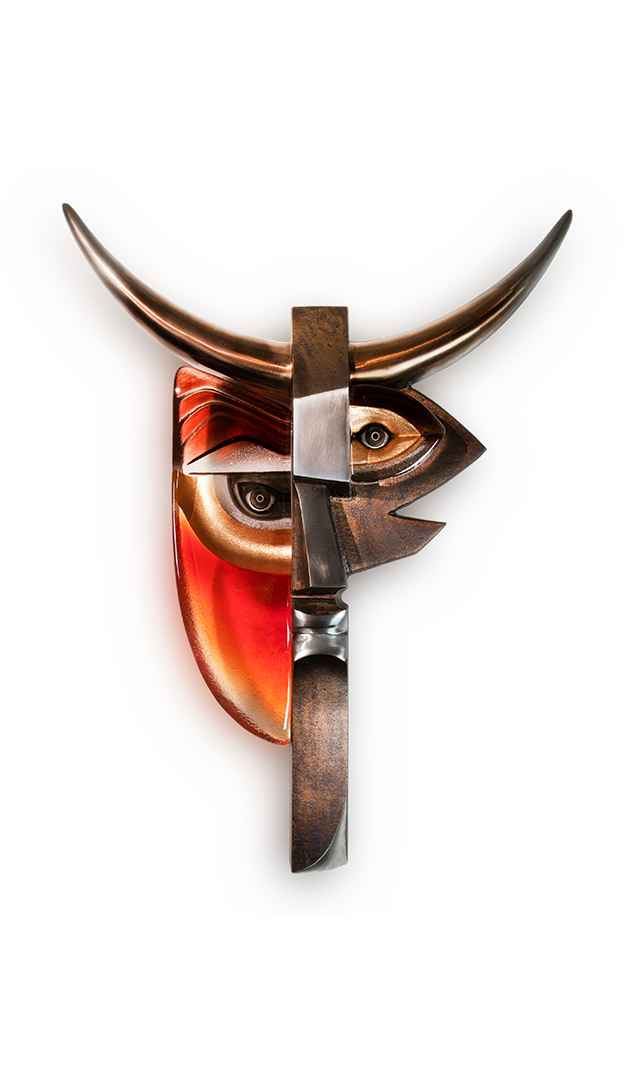 Mats Jonasson constantly returns to the natural world for his inspiration. This time it’s the faun that has stimulated the artist’s imagination. 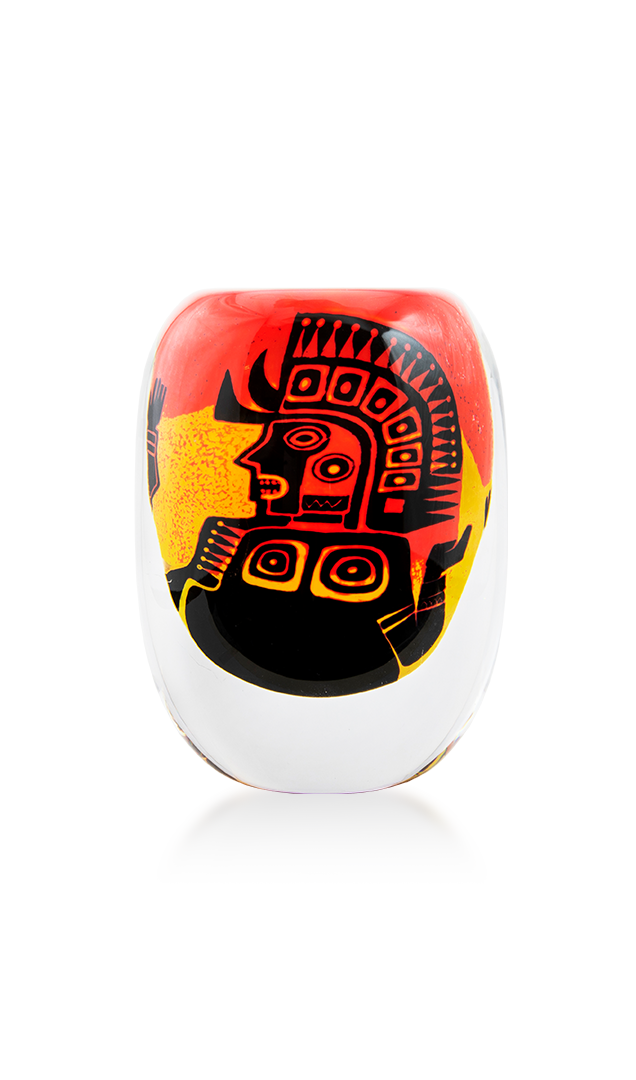 This unique graal vase can be seen as an homage to the rich culture of the Aztecs, which was often expressed in art, ceramics and masks.